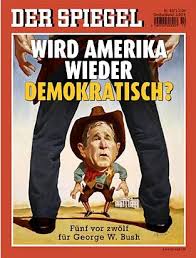 Der Spiegel (which means ‘The Mirror’) is a weekly German magazine founded in 1947. While its credibility on the global stage has been secure for decades, only recently has Der Spiegel found its way into the lexicon of the average newsreader, finding itself anointed into the WikiLeaks trinity of fact checkers (alongside The Guardian and NY Times).

Everyone has an opinion about the future role and relevance of print media, but very few are discussing the habits of those who still seem to be thriving. Yes, newspapers and traditional print journalism are on the decline, but what of those companies who seem to be running strong, even thriving in this newly defined environment? Der Spiegel is one of those rare few to learn from.

It’s understood, and very well documented, that all web related interaction is moving towards an ‘App’ related engagement. Whether the vetting process comes through social media and metrics, a la the Bing/Facebook marriage, RSS feeds or news aggregators like Digg and StumbleUpon; it’s not the ‘searching’ but the ‘getting’ that Internet browsers are concerned with.

Content and FREE were once synonymous. In 2011, all signs point to that word going from FREE to TRUSTED. Der Spiegel, while its cover price far exceeds most American equivalents, has a paying circulation over a 1mm and 47 straight years in the black. Why?

Boring is boring in any language. The idea that you have to sacrifice creativity for credibility is bogus. Studies have shows 90% of the web’s content will be video based in 10 years. What does that spell but creativity 101.

You didn’t become an entrepreneur to follow convention, and no one wants a conventional type of engagement.

NOW THINK OUTSIDE OF IT.

Lesson # 3 Respect the Intelligence of your audience

A large part of Der Spiegel’s success, and global credibility for that matter, comes from their rigorous standards of journalism (they have one of the most impressive archival libraries in all of publishing). This well balanced marriage between informative substance and popular engagement are a winning recipe not just for selling magazines, but more importantly creating a loyal viewership.

Consumers and citizens are coming out of one the darkest and most expansive periods of public deception in modern history. Seems only fitting that an emphasis on respecting the consumer first, selling them second makes a sense, right? Understanding of the customer is what your business should be about, not just your marketing.

Quote of the Day

“It is not the horse that draws the cart, but the oats.” Russian Proverb-   How you will fuel your desire, your goals, your achievement? …

Quote of the Day Read More

Is Your Income Limited By a Glass Ceiling?

December 3, 2012 | Comments Off on Is Your Income Limited By a Glass Ceiling?

Is Your Income Limited By a Glass Ceiling? Read More 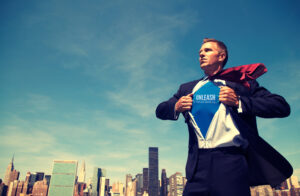 Get What You Give

You Get What You Give An entrepreneur once asked a wealthy and established businessman, “How did you do it?  How do you continue to increase …

Get What You Give Read More