While there is no shortage of crappy stuff in the news to brood and
mope about (if that’s your kind of thing that is) there is plenty to
inspire, excite and amaze out there too! I feel like everyday I find
out about a new innovation or story to draw both creative, and
entrepreneurial inspiration from.

So, with that said, going into the weekend, I thought I’d give you
guys a quick run-down of a couple interesting stories, people and
things I’ve come across in the last couple of weeks. 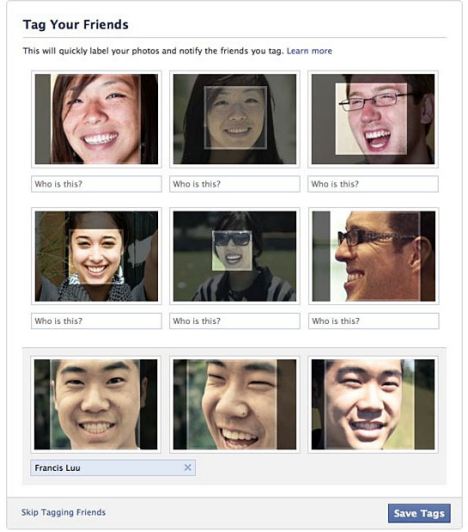 The skeptics will yell Big Brother is watching, innovators will
marvel, and the conspiracy theorists will scream The Patriot Act is
running our lives! Still global facial recognition is mapping the
globe in a way even the most dyanmic of imaginations may have never
considered.

Abine, online privacy company, launched the other day launched
DeleteMe. Which is basically a delete button for the internet. Users
pay between $10 to $100 depending on how vast and complicated your
digital history is, to remove photos, videos, blog posts, old
accounts, you name it! Now you don’t have to worry about those
compromising snapshots of Halloween ‘02 when you regretfully decided
to be Spiderman.

Cassius: “I love you so” Video and App:

Vertical Integration, once a term reserved for boardrooms and
quarterly reports, is now the reality of any small business. Social
Media integration has become fundamentally intertwined with the
creative process; with entities of all shapes and sizes finding
interesting ways to interact with their audience while still providing
a promotional vehicle for their product.

Case and point. New York indie band CASSIUS. Who released a iPhone app
specfically created for the promotion of a single song. Appropriately
titled “I LOVE YOU SO”

The world’s most wanted man has just added “babysat” to the litany of
titles he’s already garnered. Julian Assange has finally been released
by British authorities into the custody of a man almost as interesting
as he is. Vaughan Smith is a former Grenadier Guard and the founder of
the journalist’s Frontline Club, a sanctuary for journalists and free
speech advocates. Mr. Smith released an open letter to British paper
The Independent revealing an intimate and definitively humanistic
portrait of the man of the hour Julian Assange. Worth the read: CLICK HERE

What Is Your Obstacle Today?

You are the underdog. Statistically you DON’T have a chance of success. Most people don’t… However, if you have belief above the average, the statistics …

What Is Your Obstacle Today? Read More

As you may know, Aliquot Films distributed and I am an exec producer on Abel’s Chelsea on the Rocks. I also made several failed attempts …