Ambition fuels our passions. Ambition is the source of sleepless nights, and joyous celebrations. It blinds us at times — lights our path during others.

It’s the end of the week, and one cannot help but take inventory of what has been accomplished. Did I get the garage organized? Did I update my Twitter page? Did I follow up with the leads I was supposed to? Did I run 10 miles?

We live in a world where the pace of our lives seems to increase everyday. There is always more to do, and seemingly less time to do it in. It can feel at times like we are stuck on a treadmill, chasing after that dangling carrot. A nibble here, a nibble there. But…always just a touch out of reach.

Well my friends, trust me, you are not alone! Every entrepreneur, regardless of their success, deals with this everyday. But the key is, at least as I’ve found in my progression a entrepreneur, is to cherish the process. Cherish the small victories. The steps FORWARD.

Peaks and Valleys are natural aspects in the life of an entrepreneur. But those who flourish are not those who become discouraged by what has been left undone, but instead, those who celebrate the small victories of what HAS BEEN DONE. The progression, the journey.

Have a great weekend everyone. Oh yeah…and celebrate a little. You DESERVE IT. 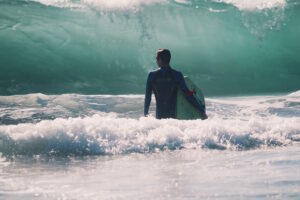 Freedom is a possession of inestimable value. – Marcus Tullius Cicero   The Value of Freedom Freedom /ˈfrēdəm/ (noun) – the power or right to …

Google, A Way Of Life

I have been a gmail fan since the day it launched almost five years ago. (Time to take down the beta badge Google!) Since then I have noticed that most of the internet savvy people in my life also reside on gmail ave. Maybe its the 7 gigs of free storage or the creepy ads that morph themselves into relevant blurbs of clickable text upon each refreshment.

The Reformation begins with U.S.

I, like most of America, could not help but tune in the Goldman Sachs senatorial hearing yesterday. Now, it’s not a regular practice of mine …