The initial rule proposal, made in April 2006, prompted a massive public outpouring of some 17,000 comments, mostly negative, and mostly from the network marketing community. This extraordinary reaction sent the FTC back to its drawing board. In March of 2008 it returned with a revised proposed rule that it said would not cover MLM companies. (See my article in Network Marketing Business Journal, May 2008, Vol.23 Issue 5, page 8).

Companies subject to the new Rule must meet a number of burdensome restrictions including the following requirements:

Provide prospective recruits with a “disclosure statement” at least seven (7) days before they are allowed to sign a contract or make any payment to the seller; The disclosure document must include specific information regarding (1) the seller;(2) earnings claims; (3) legal actions involving the offered business and its key personnel;(4) the existence of cancellation or refund policies; and(5) references.

Sellers who make earnings claims must provide prospects with an additional “Earnings Claim Statement” that includes extensive earnings disclosures which would need to be updated regularly; and Sellers are prohibited from engaging in a laundry list of practices including 1) disclaiming or accepting a waiver by a prospect of any of the Rule’s requirements; 2) making any claim that contradicts or is inconsistent with any information required to be disclosed by the Rule; 3) making any misrepresentation of any matter covered by the Rule.

The final rule as now adopted uses definitions much narrowed from the 2006 initial proposal so as to avoid generally targeting all direct selling or MLM opportunities. But it does not give MLMs a “Get out of Jail Free” card. The FTC refused to provide either an exemption or an exclusion for them. And in fact, because the new rule sets no minimum required payment threshold, its potential coverage is actually much broader than the current version of the Business Opportunity Rule. (Originally adopted in 1978)

The new rule is designed to apply to any opportunity for which there is a required payment and in which the seller offers any of three specific types of business assistance that the FTC considers hallmarks of business opportunity fraud:

In my experience, the first and third listed “hallmark” features have rarely, if ever, been part of a network marketing opportunity. But feature #2 has frequently been included or made available in some form by MLM and other direct selling companies to their participants. In its publication of the new rule, the FTC included a separate definition detailing the specific sorts of business assistance that are intended to be targeted by this element:

“Providing locations, outlets, accounts, or customers means furnishing the prospective
purchaser with existing or potential locations, outlets, accounts, or customers; requiring, recommending, or suggesting one or more locators or lead generating companies; providing a list of locator or lead generating companies; collecting a fee on behalf of one or more locators or lead generating companies; offering to furnish a list of locations; or otherwise assisting the prospective purchaser in obtaining his or her own locations, outlets, accounts, or customers, provided, however, that advertising and general advice about business development and training shall not be considered as “providing locations, outlets, accounts, or customers.” The “…or otherwise assisting…” language used in this definition is very broad. In my opinion it captures not only the direct provision of leads, but also can be applied against the use of advertising co-ops, and web-based applications for attracting and pre-qualifying prospects (sales funnels). If your company provides, offers, or promotes any of these types of assistance to participants in its opportunity, it should consider the possibility, at least, that it may be unsuspectingly covered by the new Rule. If you’re not sure about whether a specific program or offering may be covered, consult your direct selling specialist lawyer.

The much-broader coverage under this new rule was deliberately sought by the FTC so as to encompass many work-at-home schemes that previously avoided regulation by pricing their opportunities below the soon-to-be-eliminated minimum threshold of $500.00. And despite having adjusted the final rule to avoid inadvertently targeting all network marketing companies, the FTC has also specifically refused (after considering comments from some prominent MLMs) to narrow the potential impact of this hallmark element number 2.

PRO U direct marketing affiliates can rest assured that PRO U has taken all of the necessary steps suggested by out compliance attorneys Nehra & Waak, Attorneys at Law to ensure that they are protected in full compliance of all federal and state regulations.

With the adoption of the new and even stricter 2012 Biz op laws, the FTC will be stepping up their enforcement even further – thus PRO U’s decision to adopt the new “business opportunity” definition and classification it’s direct selling affiliate program.

NOTE TO AFFILIATES: PRO U’s compliance team will be tightening up enforcement of proper disclaimers and disclosures over the next few weeks. As always, all misrepresentation of the product or misleading advertising is strictly forbidden. It is VERY critical that all affiliates familiarize themselves with the new law and understand the PRO U’s compliance regulations (found in your affiliate members’ area) so that you can not only protect themselves and their business. 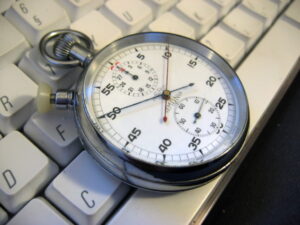 There are days we find ourselves in a bad mood and we just don’t know why. We don’t have any pressing legal matters or health …

Give More to Get the Most From Your Relationships

Your circle of influence is your compass in life. You use people around you to be your guides and references points to where you want …

Give More to Get the Most From Your Relationships Read More 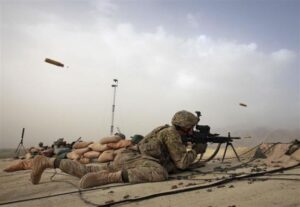 If it were not for brave men and woman like this, millions of us would not have the freedoms we have to pursue our …