Why Apple is the "Apple" of Tech

I’ve been an Apple fan for the last five years, ever since I bought my first Macbook Pro Jan 2005. (This computer is still used ever day by one of our friendly support staffers.) And of course I’m not alone. Apple is one of the most valuable (only second to Exxon) and loved companies in the world. Other companies strive to be the “Apple” of their industry. People want to be seen using their products. Tests have shown people get more creative when using MacBooks. What’s their secret?

This is something tech columnist Farhad Manjoo investigates in his latest article for the great business mag Fast Company [http://www.fastcompany.com/magazine/147/apple-nation.html] He asks the simple question “How does one become the ‘Apple of [insert industry here]?’” I’d never really considered why I like Apple’s products so much. But it turns out I like them because I like the way they do business.

Here are some reasons I give these guys my business, and more importantly, my respect.

They don’t pay attention to what hyperactive, shortsighted tech bloggers are saying. Not simply because they don’t care — which they don’t – but because
they don’t even want to know. Steve Jobs, and his cohort of tech and design geniuses, know exactly what they want and

how they want to make it.

Why bother listening to anybody else?

Lesson: Visionaries rarely give a lot of attention to what others are doing. Only those without vision care about the competition. And as far as listening to the suggestions of the populace, Jobs favors one of my own favorite quotes, from Henry Ford: “If I’d have asked customers what they wanted, they would have told me, A faster horse!”

Apple only puts out one or two products a year, because everyone in the company is on the same page. They focus all their efforts on a few things of high quality. Google is more decentralized, and they put out more stuff, but of course most of those products fail, badly. Apple puts all their efforts behind a few high-quality things, and then insures that those things succeed.

Lastly, and of specific relevance to CarbonCopyPRO, Apple’s customer service is beyond reproach. When you buy an Apple product, you’re starting a personal relationship with the company. If you have a problem with your computer, your requests don’t get off-shored to a faceless customer service rep in Dubai. You reach out to highly informed and sympathetic Apple experts over the phone or web. Or you stroll into an Apple store and talk to a Genius’s face.

Jobs calls the Genius Bar the “heart and soul” of every Apple Store. He understands that customer service is of paramount importance to the success of any company. Despite the fact that we’re becoming more and more wired every day, we’re still human beings, and we need the company of other human beings to assist us now and again; to motivate us and empower us to persist and prevail.

For the above reasons, Apple gets my business and my respect, along with a probably unhealthy anticipation of the iPhone 5!

1 thought on “Why Apple is the "Apple" of Tech” 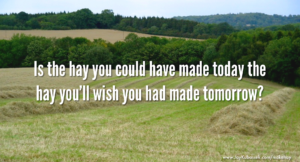 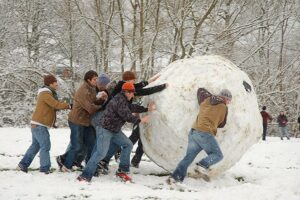 It's the Fourth Quarter. It's Time to Win!

You make your own momentum… We’ve entered the month of October; the final quarter of 2013. In terms of goals and accomplishments, I have daily, weekly, …

It's the Fourth Quarter. It's Time to Win! Read More

It's Not My Responsibility. Or, Is It?

Above all, she was very clear that nothing would mean anything if I didn’t live a life of use to others,” said Jolie. “And I …

It's Not My Responsibility. Or, Is It? Read More