Zero emissions: The Way of the Future

Considering the oil-related environmental disasters we’ve seen lately, most visibly with the BP oil spill, it’s now clearer than ever that we’ve got to kick our addiction to fossil fuel. Given the advancements in computer technology and the like, it’s sort of amazing that electric cars aren’t already in widespread use in the US. This month’s WIRED (one of my favorite magazines by the way) Joshua Davis discusses how the delay in implementation hasn’t been for lack of innovation. Electric car technology has been in existence—demonstrating world-altering efficiency—for close to a decade.

What’s been holding us back you ask? You guessed it: Marketing.

Back in 2004, the problem with getting the old electric cars off the ground had little to do with real metrics like: a lack of speed or interior room; it had more to do with what you would call the “cool factor.” Early electric cars weren’t much to look at, or to sit in for that matter. Investors balked. Partly because they couldn’t envision an American public, that for better or worse, usually likes suped-up, cool-looking cars, over the homely, environmentally friendly one.

Enter Tesla Motors. CEO Elon Musk (co-founder of PayPal who walked away with a cool $180 million) put $6.3 million into Tesla to help make their new electric vehicles high-end and high-performance; but also incredibly cool. A product with the stylistic innovation to compete with the Mercedes luxury sedans and Porsche Roadster. As we all know “interest begets interest.” Soon companies like Daimler and Toyota took the bait and followed suit. Toyota is now working with Tesla to develop electric RAV-4’s.

Here’s a quick rundown on how they work: the Tesla Roadster is powered by 6,831 rechargeable lithium-ion batteries. What’s that? They’re the batteries that

are most likely powering the laptop you’re using to read this! They have great energy-to-weight ration, and a slow loss of charge when idle. Lithium-ion technology is improving exponentially to help us all stay connected, and the guys at Tesla have smartly just adopted the technology. Their cars actually advance at the same rate as battery science. No need for car companies to innovate batteries when others are already on the job.

Whereas oil needs to be drilled for, extracted, refined etc; electricity can be made in plethora of ways. Wind farms, solar arrays, coal-powered plants; all of these have next to zero emissions, and their CO2 footprint is far, far….far less than that of combustion engines. The new electric cars on the market can be plugged into a 220-volt line. Davis: “Just like the dryer!” The dashboards of new models even boast an icon that shows the nearest locations of battery depots  for recharging.

The prices right now are pretty outlandish for the typical consumer. But as a former auto mechanic and a sports car enthusiast, I’ve gotta say my eye was immediately drawn to the Tesla Roadster 2.5: 288 horsepower, a 56-kilowatt-hour battery good for 3.5 hours of non-stop highway driving, or around 245 miles if driven casually around town. Yes, it’s currently around $109,000 (or $101,500 after the tax credit!). But expect that number to drop drastically as electric cars become ubiquitous here and abroad—as I firmly believe they will.

For those who are discouraged by the relative unaffordability of electric cars at present, I’d refer you (yet again) to one of my favorite quotations from Mr. Henry Ford: “If I had asked people what they wanted, they would have said faster horses.”

For now, in an enduring recession, most of us will have to settle for gas-powered (and occasional gas-guzzling) automobiles. But the cost of innovation is high, and the sooner we can all accept that a zero emissions model is our only alternative for a sustainable future on this planet, the sooner we’ll be able to afford killer-looking electric cars. 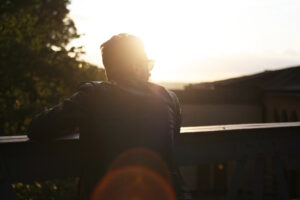 Do These 4 Little Things Right Now

“If you do the little jobs well, the big ones will tend to take care of themselves.” – Dale Carnegie It’s all in the little …

Facebook is at the forefront of Tech news today (what else is new). Elevation Partners, a Silicon Valley private equity firm, just gave the social …