The idea of whether the Internet is making us more intelligent or less intelligent, more vulnerable to distraction or more capable of skillful multi-tasking, seems to have obsessed the majority of print and online media journalists lately. No doubt these journalists are concerned with the fate of their jobs, as print media dwindles and people become increasingly less likely to pay for reporting that often costs thousands of dollars to accomplish. Out of this so-called “crisis of attention” has emerged a new genre of writing, a kind of meta-reporting in which journalists, distracted by the swarm of new media overtaking print, are focusing their attention on new neurological research and technological advancements to try and figure out where the future of their own profession, and indeed the entire globalized world, is headed.

One of the more notable recent articles to address this topic was Sam Anderson’s New York magazine piece called “In Defense of Distraction.”[1] Basically Anderson says that the amount of distracting media content available these days (through iPods, iPhones, 24/7 cable news, multiple email accounts, YouTube, etc) may, over time, enable human beings to be better at “paying attention.”

He begins the article by citing a number of scary statistics about the toll the Internet and streaming media has reeked on human beings: Young adults in South Korea have perished from exhaustion after marathon “gaming” sessions; distraction is a “full-blown epidemic” akin to smoking years ago, when people didn’t understand how unhealthy smoking really was; Einstein, were he alive today, would have been too distracted to come up with the theory of relativity. But Anderson soon comes around to say that attention is actually a kind of concentrated form of distraction. Focusing on a pen on your desk, for instance, is a way of harnessing your distractions around a single point. You start to think interesting thoughts about the desk, the pen, ink, the act of writing, etc. You become distracted, in other words, by concentrating on the pen.

We’re always distracted. It’s our natural condition. But too much concentration, Anderson says, can actually be a bad thing. Adderall, for example, often causes people to think mechanically, as if with blinders on, limiting one’s ability to be distracted and thus think creatively. In a recent article in Slate,[2] Joshua Foer spent an experimental week taking Adderall, and found that he was much less likely to be distracted by email, but also less likely to think outside the box. To experience the random associations or sensations that can often trigger a cool new angle on an idea, he needed to be a bit more distractable. Anderson uses the example of Marcel Proust’s Remembrance of Things Past, Proust’s giant seven-volume masterpiece of reminiscence that was initially triggered by a random sense memory—the taste of a cookie dipped in tea that transported him back to his youth. Had Proust been taking Adderall, Anderson writes, he might’ve been so caught up in whatever conversation he was having or book he was reading that the memory of eating his “madeleine,” as the cookie was called, may not have registered at all.

Nicholas Carr, a former IT consultant who writes periodically for The Atlantic, made some darker prophecies on the subject of attention and distraction last year in an article titled “Is Google Making Us Stupid?” [3] Taking the opposite track from Anderson, Carr starts by addressing the benefits of the Internet. People may be reading more than they used to in the seventies and eighties, thanks to the web and other text providers. And deep research is gloriously simpler thanks to Google. Whereas before you might have to spend a day in the library stacks to find a relevant quote, you can now search for it in Google and shazaam, there it is. Three seconds versus 5 hours. But Carr is infinitely skeptical of the toll this ease-of-access may be taking on the biological network of our brains. Technology may not only be influencing what we think, but how we think:

[W]hat the Net seems to be doing is chipping away my capacity for concentration and contemplation. My mind now expects to take in information the way the Net distributes it: in a swiftly moving stream of particles. Once I was a scuba diver in the sea of words. Now I zip along the surface like a guy on a Jet Ski.

Carr foresees a time not unlike that portrayed in Stanley Kubrick’s 2001 Space Odyssey, in which the most ostensibly “human” character turns out to be a machine. The essence of Kubrick’s prophecy, Carr writes, is that “as we come to rely on computers to mediate our understanding of the world, it is our own intelligence that flattens into artificial intelligence.”

In my own life, I’ve noticed a decreased ability to pay attention to books and magazines the way that I used to, before the Internet became such a big part of everyone’s life.  There’s always something else to do, to look up, to watch. Spending an hour reading a novel or a long article in the New Yorker is becoming less and less feasible. I find myself getting antsy, losing my place, drifting off, especially if I happen to be reading in the same room as my computer—that portal to the land of universal knowledge and, of course, distraction. Granted, there are a lot of great things on the Internet, things that have certainly changed the way I think about the world in a positive and beneficial way. Never have human beings been able to connect with one another so easily, and connect to ideas so easily, which hopefully increases our wisdom and ability to empathize with the rest of the species.

And yet, it’s hard not to feel like a kind of lab rat, punching the feeder bar for more and more input, more content, more blips of temporary pleasure from videos of cats in funny costumes. And the sad truth, as Carr makes clear, is that companies like Google have an economic interest in making us more and more distracted, so that they can learn more about our interests and personal habits and then advertise accordingly. They don’t want concentrated thinking; they want you to continue hyperlinking and surfing wildly and constantly, instead of spending thirty minutes contemplating an author’s intentions. That gets them nowhere. They, too, are thirsty for input.

For the moment, the solution for many ambitious Americans seems to be neuro-enhancers, drugs that increase out ability to pay attention and perform complex tasks more efficiently. But again, what part of ourselves are we losing by taking these drugs? The long-term consequences of Adderall addiction can be just as devastating as an addiction to speed—the gradual burning-out of important neural circuitry. Perhaps the best solution is to take up meditating, or make sure you get some weekly exercise, or just continue to think about stuff and have face-to-face conversations about non-technological subjects. Unless some apocalyptic event wipes out the whole mainframe Internet circuit board, we’re going to be living with frighteningly advanced technology for millennia to come. We better start learning how to ignore it from time to time.

1 thought on “Attention and Distraction” 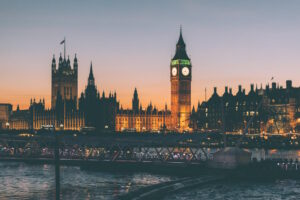 3 Things To Help You Keep the Right Perspective

Have you ever noticed that “wake up calls” usually come from something a bit daunting? Sometimes it’s the unfortunate things that happen, that kick us …

3 Things To Help You Keep the Right Perspective Read More

The First Ever CarbonCopyPRO "10FOR10" Event Goes Live on Fifth Avenue

I FULLY plan to slide into my parking spot in heaven SIDEWAYS with Jamie and the kids yelling, “HOLY SH**! What a RIDE!!” How about …