“Chelsea on the Rocks” screened at the Jane Hotel

Notorious indie film director Abel Ferrara, makes a rather appropriate, and mythical return to New York cinema with the much anticipated documentary “Chelsea on the Rocks.” The documentary is a raucous, incendiary, and strangely nostalgic portrait of the legendary Chelsea Hotel. Weaving rare archival footage, with expletive laden interviews that only the type of genius that brought us Bad Lieutenant and King of New York could do.

Here’s what the blogs are saying:

All of 2009's cinematic achievements condensed into 7 minutes!

All of 2009’s cinematic achievements condensed into 7 minutes. Brilliant! ** How many movies did you get out to the multiplexes to see this year? …

All of 2009's cinematic achievements condensed into 7 minutes! Read More

Today we begin our latest quarterly CarbonCopyPRO 10 FOR 10 mastermind conference here in New York. PRO members, who have achieved a certain leadership level, … 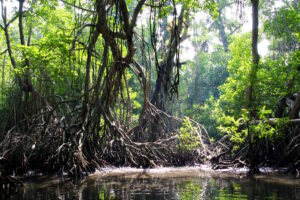 As a kid, there’s not a lot more embarrassing than taking a line drive to the face as it skips off the edge of the …

The Monster Between You and The Life You Want Read More