A few days ago we lost one of the truly maverick artists of our generation in Dennis Hopper. I was lucky enough to have experienced his talent, passion, and vision as an artist, working on our film Chelsea on the Rocks.

There is something truly inspiring about a person whom everyone speaks of with such fondness. Everyone’s Hopper story is one glistened by some personal touch. A comment, an embrace, some unrequited charity. A rare ability in an industry where most people are treated like they are expendable. He was a true example of a man who decided to throw his saddle onto life, instead of being the mule. He will be missed.

world-class burnout, first-rate survivor — never blew it. Unlike the villains and freaks he has played over the decades — the psycho with the mommy complex in “Blue Velvet,” the mad bomber with the grudge in “Speed” — he has made it through the good, the bad and some spectacularly terrible times. He rode out the golden age of Hollywood by roaring into a new movie era with “Easy Rider.” He hung out with James Dean, played Elizabeth Taylor’s son, acted for Quentin Tarantino. He has been rich and infamous, lost and found, the next big thing, the last man standing.” – Manohla Darghis NY Times 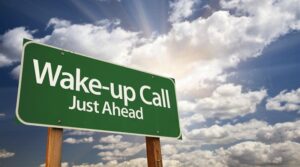 Most entrepreneurs can remember the exact moment, event or day that they decided enough was enough – they were done working for someone else to …

You Ready to Say "ENOUGH is ENOUGH" Yet? Read More

I Can't Wait To Be Old

I Can't Wait To Be Old Read More

WARNING: Not suitable for children, (or evangelicals:) “Naked hiking in the fresh and healthy air, when the weather is good, is an experience that many …