Inertia, It’s Not a River in Egypt

I just looked up inertia on Wikipedia: “… the resistance of an object to a change in its state of motion […] inertia means that an object will always continue moving at its current speed and in its current direction until some force causes its speed or direction to change.”

Inertia is everywhere, in all physical objects and in every one of us.  This is not necessarily a bad thing.  For a long time I relied on inertia to get me going in the morning so I could get to the job where I earned enough to get through the day so I could get up the next day and do the same thing, again and again, day after day.

Even though in my daydreams of wealth and generosity that wasn’t exactly what I pictured my life to be, I accepted it.  Routine can become comfortable.  It’s common to develop a kind of psychological inertia, to know what to expect, to go along doing your thing, surviving.

Whatever path you are on, you can become driven by inertia…right up until you get that gnawing feeling that you’re going nowhere fast.  In that case, guess what?  You are. That’s inertia for you.  But, if you have ambitions, things you want to learn about, places you want to go, people to meet, a sense that you want to be part of a greater good, a desire to earn more money, well, then inertia becomes a force you have to overcome.

Going back to our definition of inertia, changing a body’s direction or speed (or both) requires an outside force.  When it comes to people and inertia, however, that force can also emerge from within.  It starts with a desire but also requires making a decision and following it with action.

It sounds simple, and it is.  But simple doesn’t equal easy. You may have the desire to change but not the will. That’s no longer inertia at work. That’s something called laziness: perhaps the single greatest obstacle to achieving your goals.  That’s when coasting is no longer passive and has become an active form of resistance to change.

To put it bluntly, you can’t be lazy and successful. Lazy entrepreneurs are the 90% who fail.

Spend some quality time with yourself.  Listen to your heart.  Figure out the top five things that you know you can change to take your income to the next level.  (You will know what they are because you know yourself better than anyone else.)  No matter how difficult or challenging they may seem, put them on the list. The more resistant you are to completing a task, the higher up on your list it should go. Work on each of the five every day until they are completed.  And, if working on these things means getting help, seek it out.  Talk to an expert.  Get an education. The responsibility is yours. Just remember, inertia is at your side whether you like it or not.

1 thought on “Inertia, It’s Not a River in Egypt” 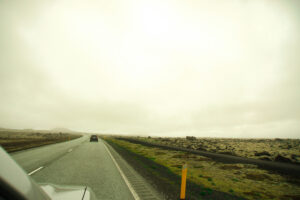 THE PERSPECTIVE OF SPACE

My friends, I apologize for the length of this article, but every word was written from the deepest and most sincere part of my heart. …

THE PERSPECTIVE OF SPACE Read More

en·tre·pre·neur / ˌäntrəprəˈnoŏr; -ˈnər/ • n. a person who organizes and operates a business or businesses, taking on greater than normal financial risks in order … 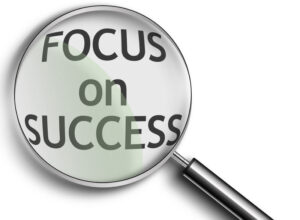 Are you earning your salt? 30,220 people heard this and took action…

Are you earning your salt? 30,220 people heard this and took action… Read More