Thoughts On Google And China

Probably the most quoted passage in the outpouring of articles on Google China (or Google.cn) is Google’s well-polished credo: “Don’t be evil.” The more opinionated news outlets cite this as the reason that Google is shying away from China, because censoring websites and people’s freedom of speech is, you know, “evil.” But the real question is, are China’s actions any more “evil” than Google’s decision to set up shop in a Communist country already well-known for their web censorship in the hopes of making a profit to begin with.

On the evil scale, though, I’m taking Google’s side on this. At least for now. In Google’s statement on January 12th, they claimed that they launched the site in China “in the belief that the benefits of increased access to information for people in China and a more open Internet outweighed our discomfort in agreeing to censor some results.” Sounds convincing enough. This came with the proviso that they would carefully monitor the conditions in China, since there has been growing tendency toward web censorship in the country, the latest victim being porn websites. Google’s statement said that, should China ramp up their censorship policies, they would not hesitate to reconsider their agreement.

So what did China do, again, that got Google’s jocks in the ringer? As has been widely reported, in December a series of “cyberattacks” originating in China took place against Chinese human rights advocates living inside the country and in other parts of the world. Their Gmail accounts were hacked into, they say. Plus, the security apparatuses of thirty-four companies in Silicon Valley were breached, and corporate data tampered with.

No one is quite sure where these attacks originated. And of course the Chinese government is casting itself as a victim, too! As if the attacks were perpetrated by a group of Chinese Internet trolls. That, of course, is highly unlikely, considering China has the biggest Internet filtration system in the world, and its government has previously blocked searches for things like, say, “The Dalai Lama” or “Tiananmen Square Massacre.” Twitter and Facebook have already been blocked in China. (How do people keep in touch!?) Chances are, these breaches of security were performed by “hackers” employed directly by the Chinese government. But of course, we can’t be sure. Nobody knows. Google has since asked the N.S.A. for help investigating the issue.

This is all taking place over the web, remember, in a kind of virtual reality. I don’t even like to think about the amount of time these Google hackers in China are spending on the Internet every day in order to gain access to human right’s activist’s accounts.

Another important question—something that’s been brought up over the last few weeks—is whether Google’s decision to back out of China constitutes a kind of neo-imperialism. In other words, is Google, by setting up shop in China and then requesting that the Chinese government abide by the United States’ freedom of speech laws, making a backhanded attempt at cultural dominance?

That’s a tough one. And I suppose it’s the crucial issue. Google, being the omnipotent superpower of online search engines, is also testing the waters of globalization. They seem to be overstepping their boundaries. Then again, international human rights organizations have shown their support for Google. Liberal Chinese see it as an outrage that their government might be hacking into their Gmail accounts sometime soon. The more educated Chinese are on Google’s side. They see web censorship as an infringement on their rights.

But even so, do Google’s complaints put any real pressure on the Chinese government to revise its ongoing commitment to censorship? Does China need Google that much?

It doesn’t seem like it. So they miss out on the new Google Android. No big loss.

That China doesn’t really need Google was made fairly clear by China’s Foreign Ministry Spokesman, Ma Zhaoxu. He said, “Foreign enterprises in China need to adhere to China’s hypocritical involvement with laws and regulations, respect the interests of the general public and cultural traditions, and shoulder corresponding responsibilities.” In other words, Google knew what they were getting into. And if they want to intrude on the Chinese market, they’re going to have to play by the Chinese market’s rules. This makes it seem pretty cut and dry. A company like Google, however almighty it may seem, doesn’t have the right to alter China’s rule of law. Or so the Chinese adamantly believe.

So far, everyone involved in this dilemma has been behaving with appropriate political correctness. When Hilary Clinton addressed the issue of Internet censorship on January 21st, she didn’t even name names (China, Iran). “Those who disrupt the free flow of information in our society or any other pose a threat to our economy, our government and our civil society,” she said, linking Internet freedom with the virtues of the United States. She didn’t call out China, partly because, as you may remember, the US is in serious debt to the Chinese right now. (Hmmm. In fact China owns more US dollars than any other country or entity in the world. A different topic for a different day though…) We have to be careful how we play this one. Google may only be an Internet search engine, but with its millions of worldwide users, it is hard to imagine life in 2010 without it. Does Google have the potential to become the most dangerous political weapon the US has ever had?

2 thoughts on “Thoughts On Google And China” 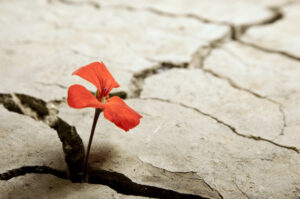 Survival – How Adaptable Are You?

The One Who Survives, is the One That’s the Most Adaptable to Change. I have a new friend named Loy Machedo on Facebook.  Meeting him …

Survival – How Adaptable Are You? Read More

The Survival Of The Fittest

Whether you’re already an entrepreneur, or just thinking about becoming one, you are invariably motivated by one of two things, or maybe even both—passion and …

The Survival Of The Fittest Read More