I’ve always found that stories are always more effective than simple “advice.” In youth had Aesop’s fables, The Hardy Boys (a personal favorite) and the genius of Twain and Dickens to creatively impart lessons.

About a year ago, I was flying to Houston and ended up sitting next to rather sharply dressed older gentleman. Suit and tie, with a paper cut worthy crease in his pants so sharp you could slice your hand. I was struck by the patience and distinguished posture he embodied amongst the hectic chaos of: boarding passengers, hungry babies and oversized carry-on’s swirling abound. He calmly placed his briefcase in the overhead, unbuttoned his coat and sat next to me with a porcelain smooth and toothy smile.

“How are you young man”

“Not bad is not Good, it’s only not Bad”

“Well I guess I’m just a little worked up about a few things.”

He studied my face, quietly nodded and proceeded to buckle up as we prepared to take off. 30 minutes or so passed; nursing a bit of a stress headache (I was massaging the bridge of of my nose vigorously.)

“You know the story about the Potatoes, Eggs and Coffee?”

I couldn’t help but look at him a little puzzled. He only smiled even wider at my confusion, and began the story.

A daughter once complained to her Dad that her life was miserable, and that every problem solved only lead to another one.

Her Dad looked at her warmly, then ushered her into the kitchen. He filled three pots up with water on the stove. The water began to boil and he put potatoes in one pot, eggs in the next, and ground coffee beans in the third. Without a word to his daughter, he let them sit and boil.

The daughter was naturally impatient, and became irritated with not knowing what her father was up to. After about 20 minutes, he turned off the burners, took the potatoes, eggs and coffee out. He then asked the daughter what she saw.

He said: “Look closer and touch the potatoes.”

She did and noticed they were soft.

“Break the egg” he said. She peeled and observed the hard-boiled egg.

Finally, he instructed her to sip the coffee. The aroma brought a smile to her face.

“So Dad….what does this mean?” she asked.

The dad went on to explain how the potatoes, eggs and coffee had each faced the same adversity, the boiling water. But they reacted differently.

The potato went in hard and unrelenting, but the boiling water made it soft and weak.

The egg was fragile, with only a thin outer shell, but the water made the inside hard.

And there was the unique nature of the coffee. After the boiling water, the beans changed the water itself into something new.

He asked his daughter after that “Which are you?”

“When adversity knocks, and times get rough, how do you respond? Are you a potato, an egg, or a coffee bean?”

The old man turned to me and said: “Things will always happen around you, what really matters is what happens on the inside.”

Since that flight, I’ve heard the “Potatoes Eggs and Coffee” story a few different times, and more than a few different ways; but I’ll never forget the first time, and that man’s smile.

Now, every time life throws a wrench in my stew, or a hurdle in my step, I just think about that boiling pot….

Potatoes, Eggs and Coffee.
All the best, 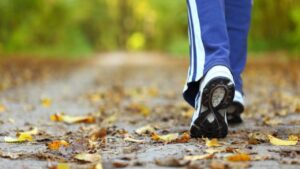 November 11, 2013 | Comments Off on 5 Simple Ways to Dramatically Increase Your Productivity

Want to increase your productivity and effectiveness? Instead of getting swept into the current “busy-ness” and getting stuck in reactive mode, successful entrepreneurs are strategic with how …

It’s a warm and sunny Monday morning in May….   You awaken from a deep sleep, it’s about 6am, and you have a smile on …

Google and Verizon, should we be worried?

As I’m sure you’ve all seen by now, Google and Verizon’s announcement today has more than just a handful of people in a bit of …

Google and Verizon, should we be worried? Read More