Get your App on

Last week, I discussed how the cancellation of the Microsoft Kin (the most recent terrible blunder in a series of terrible blunders) was indicative of how open source software is fueling the next era of software engineers. Well, in typical Google fashion, they are taking it one step further…

The Google App Inventor is basically, well it’s actually exactly what it sound likes. A new software platform from good ole’ Google that allows you to “drag and drop” whatever elements you want and create your own personal app. Note: this is from scratch and without coding. HELLO!

Can I get a collective….HOLY CRAP! What’s next? An app to walk your dog, vaporize the poop, mute passing sirens and spray you with that cool mist they have at amusement parks for when you’re standing in line? Because that my friends would be really, really useful.

To use App Inventor, you do not need to be a developer. App Inventor requires NO programming knowledge. This is because instead of writing code, you visually design the way the app looks and use blocks to specify the app’s behavior.

The concern is of course that this will just open the floodgates for a bunch of crappy Apps. That very well might happen. But… on the other hand, you could just inspire an entire wave of pre-pubescent programmers ready to ascend into the next great pantheon of developers!!

Or… you might create a totally amazing app that streamlines and enriches multiple aspects of your life while increasing your productivity at a 15% clip annually. Boom!

Onward and forward young squires! (and squirettes of course)

We are often conditioned to believe that the resolution, betterment or answer for a given problem is rooted in the addition of something. We search, … 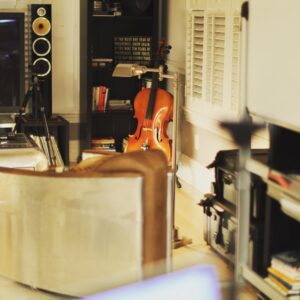 Honor Your Commitments & Turn Your Fears Into Strengths

December 5, 2016 | Comments Off on Honor Your Commitments & Turn Your Fears Into Strengths

During an event I hosted awhile back, I had an interesting conversation with Lt. Col. Rob “Waldo” Waldman about his experiences in combat. I asked him …

Honor Your Commitments & Turn Your Fears Into Strengths Read More

We’ve all come across individuals in our life who just seem to be great conversationalists. They seem to just have a “natural knack” to truly …