I Can't Wait To Be Old

When I was twenty-two, I dated a girl (let’s call her Rebecca) who used to say, “I can’t wait till I’m old!” She was 23, beautiful, witty, extremely well read. She had what seemed like two-dozen close friends who adored her, compared to my two or three who frequently questioned my morals. She wasn’t running away from anything, wasn’t an alcoholic, had a bunch of bright career prospects. And yet the girl wanted to be 60.

At first I thought she was kidding, or simply romanticizing old age as a place of relative calm and invincibility. (People are much less likely to break your heart at 60 than at 23, for instance.) But lately I’ve realized that, even at 23, she must have felt her youth slipping away, pummeled as women (and men) are by images of the teenage ideal in magazines, TV commercials, and ads. She foresaw losing her looks through her late twenties and thirties. And she just wanted to be spared the agony.

Now that ten years have passed, her desire to be suddenly old makes sense, in a way. I find myself frowning at gray hairs in the mirror, and lie to myself by attributing them to stress instead of age. Maybe it would be nicer to just zip to 60, and spare myself the slow decline?

When I was 22, though, I didn’t share this sentiment. I didn’t want to be 60! I wanted to be 22! At that age no one judges you on your accomplishments, since you haven’t had much opportunity to live. They only see your “promise.” Everything is ahead of you. Moreover, you are not yet to blame for how your life has turned out. Other people are guilty for that (parents, teachers, etc). You’re innocent.

But the fact that America worships such innocent young people—aimless kids who have yet to be tested or to prove themselves in life—seems to me a fairly dismal state of affairs. Obviously it’s about looks. Young people look better on stage than old people. They look better on camera than old people. But when looks become a reason for us to read a book or listen to an album, for example, society is in trouble.

Recently, I read an article explaining how fed up established authors are with the comparatively huge advances first time novelists receive. Just because they’re young! And their book jacket photo is cute, or sexy. Americans are buying these books, the older novelists say, simply in order to live vicariously through a young, sexy novelist. In truth, the book may have no substance at all, no wisdom, only the residue of a cute young person’s experience in the world. But Americans are becoming so youth-obsessed that getting a glimpse of what it’s like to be young today is enough, and more valuable than living through the mind of someone who has seen and experienced hardship, and navigated his or her way through it.

Maybe it was John Updike’s death that got me thinking in this slightly morbid vein. Which then got me thinking about Philip Roth’s inevitable demise, and how strange it is that such a vigorous man as Roth, so full of life and sexual potency, could possibly die. I’m sure he’s as amazed as anyone. As he himself once wrote: “Old age isn’t a battle; it’s a massacre.”

Yet old age doesn’t frighten me the way it seems to frighten Roth. Lately, I’ve come to look forward to it in a sense. Aging can be a graceful process, for both women and men, as long as they don’t succumb to the youth-media and cosmetics blitz that threatens to empty everyone’s psyche and bank account. Yeah, it’s sad to get wrinkles, to lose your mental and physical agility. But look at guys like Tom Jones, Client Eastwood, and Sean Connery, for instance. Connery looks almost as good today as he did at 30, just in a different, more refined and dignified way. He seems to be no longer in the grips of his own libido, which can make even the most graceful of dudes seem sleazy and indecent.

Chances are I will look nothing like Connery when I’m his age. Still, I’ll know more than I do now. And at this point in my life, however cheesy it sounds, knowing more about the world, and understanding my place in it, seems more worthy of worship and respect than unlined skin and innocence.

As for my old sweetheart—who must be now, what, 33?—I hope she’s not still wishing for a sexagenarian’s existence. People are going to start living till 110 pretty soon, which makes 30 the new 20, or even the new 10. By the time we’re 60, 60 might even be considered young. 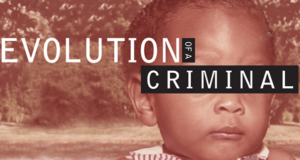 Evolution of a Criminal Film

February 19, 2014 | Comments Off on Evolution of a Criminal Film

Evolution of a Criminal Film – World Premiere March 8, 2014 In 2009 I was presented with an opportunity to co-executive produce a documentary called Evolution … 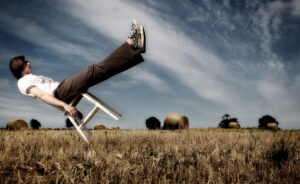 It’s a warm and sunny Monday morning in May….   You awaken from a deep sleep, it’s about 6am, and you have a smile on …