As a kid, there’s not a lot more embarrassing than taking a line drive to the face as it skips off the edge of the glove.

Yeah, that was me, age nine.

There I was, standing in the baseball field trying to learn how to catch a fly ball. I just couldn’t do it for the life of me it seemed. See, my hand to eye coordination took a lot more development than some of the other kids.

I vividly remember my friend’s older brother showing me the basic techniques. He said,

Pretty sound advice only I think I forgot to implement it. Or at least I didn’t quite practice what he was telling me.

One Saturday afternoon game later and here I was out in left field now. My heart is racing, and I’m absolutely terrified of the ball getting hit in my direction; terrified I’m going to make a fool of myself and everyone was going to laugh at me.

So, you know what comes next?

Sure enough, even though I think I’m lined up perfectly, the fly ball sails over my head into the neighboring corn field. My buddy Steve rounds the bases for a home run.

Meanwhile, I’m crawling on all fours between the corn rows looking for the ball. Everyone is laughing – just like I thought they would. Self-prophecy? Maybe.

Up next is Mark, one of our best batters. Crack! and the ball is coming straight at me again. My teeth are clenched. There’s no bloody way I will let this ball past me. I will go down a groundhog hole to catch it! I can do this!

I’m running flat out, my eye tracking the ball. Like a bullet, it was coming right at me – fast! I could see the stitching on the seams; I could see it spinning and it was almost surreal. Time slowed, in my mind, I could already see the stadium erupting with cheers, people chanting my name, people jumping up-and-down hugging each other, people freaking out because I had just made this top-10, centre catch!

It was in that moment of glory that I took my eye off the ball, and it hit me between the eyeballs. Ouch to my face! Ouch to my ego!

There’s A Place And Time To Fail Your Way Forward, But It’s Not On The Big Stage.

I’m sure you can think of a time and place where you felt the pressure; you wanted it to work. You could taste it, and you wanted the validation, but for whatever reason, it just didn’t happen.

And maybe like me, a result of what happened that day in the field, you made a decision that you are never going to put yourself in that position ever again!

First of all, recognize that wanting something bad, including the validation, will teach you humility in the process. Life is about preparing for the big games, but part of that preparation is a series of humble lessons.

That day out on the field, I made the decision that I was going to work harder and longer, than every one of those kids. Back then, it was the feeling that I will never, ever, get laughed off the field again! Great motivation at the time, but it’s so much more than that. It’s that I will never not allow myself to be prepared for the big game.

I decided that I am not going to wait for game day to acquire the skills; to always being doing the work in an ongoing manner, no matter what the “game” is.

I applied myself diligently. Practice and repetition allowed me to develop my baseball skills to the point where I excelled at the game I loved.

Do you get what’s going on here? I practiced hard for the game I loved and it was good back to me. Dear readers, that’s life, business, relationships, mind, body and soul. You have to practice for the things that matter and they will be good back to you.

In life and in business, we have opportunities every day to fail our way forward and it’s not fun. If we’re afraid of failing we can’t play full out so we end up holding back, playing only 90% because we want to be safe.

Fear of failure, or rather, fear of discomfort which to me is a better word, is something that paralyzed me for many years. What is comfortable to us, is safe. When something is safe it means that we get to live another day.

Our DNA is all about survival. Of course, I’m not an anthropologist but the way I see it, as humans, we are instinctively programmed to survive, and the first thing about survival is loss and risk mitigation.

For instance, if we look at nature, a turtle when he perceives or senses danger will tuck into his little shell – he’s safe! There is little difference between us and them.

I have realized that fear of discomfort has everything to do with the ego and the ego doesn’t want to look bad. It wants to have the ability to save face, wants to come out on top, and it just doesn’t want to be reminded of what it feels like to be that little kid in the schoolyard who got laughed at.

It is that fear of failure that became part of my identity for the majority of my life up until my more recent past years. Somewhere along the way, I had taken on the mentality that I had to hustle and work harder than anyone else.

It was my Achilles heel for many, many years because as I got older, I wouldn’t do things unless I knew I could do them well or perfectly but that precluded me from doing a lot of the things that today…

I really wish I had done, or tried.

One thing I did learn, though, was that through repetition and preparation you can fail your way forward. Meaning – You don’t have the answers until you start taking action in any particular thing. Those actions will be met with “wins” and “losses” because that’s the game.

The game is all about figuring out what works and what doesn’t and taking your “failures” forward. The “failures” are inputs. They tell you what to change and tweak on your way to mastering that particular game.

A couple of years back I connected with a past student of mine named Peter.

We had never met in person before, but there was an instant connection; it was as if we’d been friends all our lives.

Sitting there listening to him tell his story, I was really impressed. He is five years younger than I and already, he has built six or seven businesses with close to a billion in revenue.

Seeing Peter, (who doesn’t even know the word “failure” exists), and how his life just isn’t difficult – he’s never struggled for anything, he has the ivy-league education, he has near perfect SAT scores, and everything he touches turns to gold – was a wakeup call for me. I perceived aspects of his life when compared to my own identity around those same things or in being an entrepreneur and therein lies my first mistake.

Second lesson, the life that I think I want, no matter what I define as success, I automatically define achieving it as, difficult, it’s going to be hard or challenging. I had to remove this thinking. It actually doesn’t have to be difficult.

Everything I’ve ever been successful at – be it catching a fly ball or throwing it to first – has always been “difficult”.

I have realized, by being attached to “getting it right”, having the mentality of, “I’ve got to hustle”  and my fear of failure, “If my name is going to be on it, it’s got to be perfect”, has cost me a lot.

Yes, for anything you want in life, you need to hustle and work for it. No, it doesn’t have to be perfect. You can always prepare yourself for the big game, or better yet, just do the work daily and you’ll always be prepared in the moment.

My wake up call in all of this is that it all doesn’t have to be difficult and maybe it’s more about fear of failure that creates this big boogie monster between us and what we want.

Think about it, maybe, just maybe, life and achieving your dreams, isn’t that difficult. It’s just what we perceive it to be.

I’d love to hear from you. 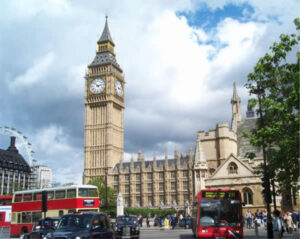 What we do today echoes in eternity

I’ve been in London for the past few days. It’s like Europe, but English! It’s one of those things I always wanted to do, …

What we do today echoes in eternity Read More 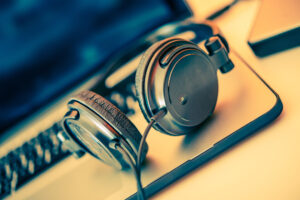 A Few of My Favorite Podcasts

Podcasts have resurfaced as a fantastic learning and marketing tool. Podcasts allow experts to bring a variety of ideas and perspectives to the table – plus their format makes …

A Few of My Favorite Podcasts Read More