Google announced “AutoPilot” yesterday. Their CADIE technology is a huge step towards technological singularity. Love it or hate it, technology is taking over our lives and as log as we embrace the conveniences it affords us, we will continue this stalwart march towards singularity.

Ray Kurzweill, the foremost authority on predicting the future claims that a $1000 computer will have greater calculating power than the human brain by 2023 and singularity (when artificial intelligence surpasses human intelligence) will happen around 2045. Considering that he has be spot on with virtually all of his previous predictions for the future, including the  year that Big Blue would beat Gary Kasparoff, its no wonder that Bill gates considers him the most trustworthy predictor of the future.

Wikipedia — The technological singularity is a theoretical future point that takes place during a period of unprecedented technological progress sometime after the creation of a Superintelligence [1].

Statistician I. J. Good first wrote of an “intelligence explosion,” suggesting that if machines could even slightly surpass human intellect, they could improve their own designs in ways unforeseen by their designers, and thus recursively augment themselves into far greater intelligences. The first such improvements might be small, but as the machine became more intelligent it would become better at becoming more intelligent, which could lead to an exponential and quite sudden growth in intelligence… [full wikition]

Chelsea On The Rocks will ROCK your world. Literally!

If you are looking for wholesome family entertainment this weekend, Chelsea On The Rocks is NOT the film to see. If you want …

Chelsea On The Rocks will ROCK your world. Literally! Read More 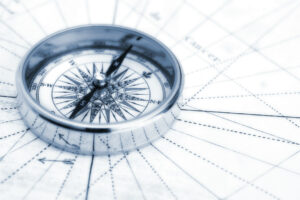 Persist or Desist- How to Resolve the Dilemma

April 23, 2013 | Comments Off on Persist or Desist- How to Resolve the Dilemma

I was up to my ears in disenchantment.  The inspiration that had urged me to take the initial action was gone!  All I had left …

Persist or Desist- How to Resolve the Dilemma Read More

What does success mea to you? Are you happy? Research shows that happy people are up to 60% more productve. Take the happiness test here: http://apps.bluezones.com/happiness/ 0