Soon after I joined Friendster in 2002, I moved to a new city, where I knew practically no one. I didn’t know where to go or what to do. I trolled Friendster for a few hours each day, examining the profiles of people in my area who seemed to share my personal interests. A little bit voyeuristic maybe, but helpful nonetheless. Since that initial foray into the social networking world, I’ve since joined Myspace and more recently Facebook.

200 million people don’t just sign up for something—and then stick with it for years—because it’s fashionable or cool – Facebook in particular is downright addictive, the newest sensation of the masses.

MySpace and Facebook aren’t necessarily ways for you to meet new people. They’re ways for you to meet people you already know. Even if you’re in regular contact with a person, it’s possible to re-meet them in the land of Facebook. For example, you learn for the first time from their meticulously detailed profile, that they spent a college semester abroad in Mumbai. You learn, from one of their high school friend’s postings, that their high school nickname was “T-Bone.” Turns out you’ve been friends with a total stranger.

Moreover, these networks are ways for you to meet yourself online. Facebook asks you things like “What’s on your mind?” which gets me thinking about what I’m actually doing right now. Typically, I don’t realize what I’m doing or thinking until I’m asked, at which point I’m compelled to think about it, even if the asker was in fact a social networking site. So, in a way, Facebook helps (forces?) me to come to grips with who I am, especially in those moments of caffeinated multi-tasking when I’m simultaneously checking email, reading news online, and visiting a number of my favorite websites.

One casualty I have observed on sites like Facebook and MySpace is the prevalence of self-indulgence and misinformation. It becomes easy for members of these sites to basically invent things about themselves which simply serve to make them appear “cool”, “hip”; by referencing certain bands, books, whatever. It’s Web narcissism, essentially, a phenomenon that happens to be addressed very cleverly by the website Hedonism Chronicles (hedonismchronicles.blogspot.com). It goes deeper; too, analyzing why humans feel compelled to present themselves in an ideal way online. I mean, there’s obviously an evolutionary element here. Naturally we all want to make ourselves appear as attractive as possible. But it seems a different thing completely to go about present an idealized image of yourself on the Internet. You might call it cyber narcissism. As opposed to the regular narcissist, the cyber narcissist seems to be only pretending to adore himself. Their actual bodies aren’t involved in the presentation. In other words, it’s all pretend.

And yet, even if it’s all pretend, I admit it’s kind of nice to hear what other people are pretending to do and think about. But for people who are surrounded by swarms of humanity, social media sites seem to provide a kind of comfort as well, just in the opposite way. Take the recent AT&T circuit board meltdown that occurred in Austin during South By Southwest, due to the ridiculous amount of Twittering and Facebooking going on. In a large group like that, everyone wants to separate themselves from the masses by Twittering themselves into a little bubble of elite knowledge and exclusivity. It’s human nature, which these sites seem to understand pretty well.

I don’t hate Facebook. I’m also a willing participant who actually enjoys spending an hour or two once in a while poking around other people’s (pretend) lives. What’s next? Second Life becomes the real real-world? Only time will tell.

Off to tweet something cool I just thought of…

6 thoughts on “A Social Media Infatuation”

Google and Verizon, should we be worried?

As I’m sure you’ve all seen by now, Google and Verizon’s announcement today has more than just a handful of people in a bit of …

Google and Verizon, should we be worried? Read More 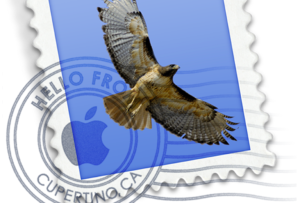 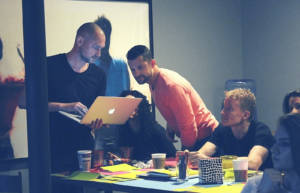