The event was the largest ever for the PRO community, with over 1400 members descending upon The Paris representing 32 countries around the globe, and 27 states here in North America. From the opening moments, to the closing awards, the energy was nothing short of kinetic. Members camped outside of the Paris ballroom as early as 6:45am sharing coffee and a kinship to be envied. The ballroom door was like a floodgate at 9am, as members raced to the front of the conference before being greeted by an amazing Japanese Drum band that commenced festivities with rapturous drum sequence.
The next generation of PRO was revealed by Co-Founders Jay Kubassek and Aaron Parkinson as they spoke of CarbonCopyPRO 3.0. The new innovations, resources, products and services were unveiled; including the much talked about debut of the all new InsideOut II and the BlackBOX, the second generation of the BiB.

The most cutting edge of entrepreneurial, and marketing education was presented by the most accomplished of innovators and leaders in the business. Traffic Geyser’s very own Mike Koenigs, who was introduced via video by none other than the Tony Robbins, opened with a powerful lecture of his revolutionary internet video platform. Andrew Cass, Vice President of Marketing for CarbonCopyPRO provided a commanding step by step blueprint to six figure income. The Urban Cowgirl Cherie Yvette came out firing with all new training about killer keywords for Google and much much more.

The event culminated with an exciting awards ceremony where some familiar faces, as well as some rising stars took home some awesome prizes including; a 2009 7 Series BMW, 15″ and 17″MacBook PRO’s, as well as a $10,000 Luxury European RailTour!

If you have yet to experience the dynamic energy and unparalleled educational experience that is one of our live events, we sincerely hope you join us next time.

Please feel free to share your thoughts and experiences of the event here, and look out for some special items from Vegas!!

Check out all the details from our recent events here at: EVENTS
As well as all of the award winners here at: AWARDS 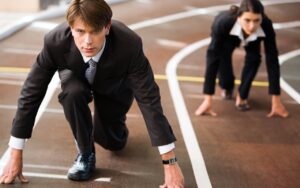 Think about it. . . For many, a new year affords us a chance to start fresh and live in a new way.  The significance …

What Drives YOU? Read More

As you may know, Aliquot Films distributed and I am an exec producer on Abel’s Chelsea on the Rocks. I also made several failed attempts …