The Reformation begins with U.S.

I, like most of America, could not help but tune in the Goldman Sachs senatorial hearing yesterday. Now, it’s not a regular practice of mine to engage in political discourse, or ethical debate for that matter (I’ll save that for the cable news anchors with great hair), but amidst the rather theatrical spectacle yesterday was a rather imperative social question in my opinion.

When did Integrity become the great adversary of business? I was under the impression that Integrity was the catalyst for good business? I must have missed that memo I guess.

Goldman Sachs is chalk full of smart people, and Llyod Blankfein for that matter, is clearly a bright guy. The mental gymnastics he displayed yesterday, while dodging four letter words from a senate committee hell-bent on laying groundwork for midterm elections, was nothing short of impressive. I’m no econ whiz, and default-credit-swapping-liquid-synthetic-banana investments might as well be pig latin to me. But with that understood, it still seems clear to me that the appropriate reaction here should have been shame, embarrassment, remorse possibly? Did you see that, because I sure didn’t.
What I saw, was not just a watershed moment in the slow decay of business ethics; but more frighteningly, how far the deterioration of the general ethical fabric that once bound us together has unraveled. If a merchant in 1835 sold you 30 lbs of flour, you expected to get 30lbs of flour. Not 22lbs of flower with an option to get the other 8lbs if the price of flour dropped below the original strike price, blah blah blah.

How we’ve come to this point, I have no idea. Is reform needed? It certainly seems so. Is this the government’s job? Sure, partially. But will that solve this calamity? I think not. It seems glaringly apparent that the solution lies with each one of us. It is you and I, the entrepreneurs, that must restore faith and trust in each other. To renew the fabric of collective progress, to revive that sense of responsibility. It begins with having business interactions, instead of just transactions. Whether it be for $5, $50 or $50 million dollars; when respect given, it is returned.

Let the reformation begin with US.

“When written in Chinese, the word “crisis” is composed of two characters. One represents danger, the other opportunity.”
-John F. Kennedy

6 thoughts on “The Reformation begins with U.S.”

John Calipari’s name in the basketball world is synonymous with a few things. The first of which would be winning: as the only coach to …

ON SALE NOW! Your Digital Footprint: Now Available in Concrete!

Let me start by stating: I am not a politician, nor do I have a desire to be. I am not a diplomat, nor do … 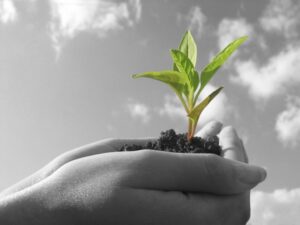