You Only Get One Shot At a First impression

In this corner, weighing in at 700 grams (or 25 ounces if you prefer), hailing frommmm…the minds of some really really smart people in Cupertino, California we have theeeee iPad!!!

The iPad was released in April; they sold 3 million in 80 days. 3 million. An accident? Not likely.

The marketing genius behind Apple is no secret. For the most part their advertisements are clear and straightforward; the features of the product, what it looks like, how to use it etc. Of course, they also have a tendency to show those features with a famous soundtrack in the background in the midst of a something emotionally stirring; usually involving babies or puppies, or both.

But…what Apple is secretive about, is how their products are debuted. Whether it’s a major tech conference, an elaborately orchestrated “leaked phone” story, or during the Oscars (as Jobs famously did with the iPad while sitting in the audience no less!) Jobs and the Apple team know you only get one chance at a first impression, and it’s got to be your best. Every market is competitive, people have choices. How you separate yourself from the herd at first impression is the razor’s edge between the good and the great.

The good ones put their product or brand forward, and hope that if they don’t attract the consumers attention the first time — they’ll catch them the second or third. In today’s environment, you’re lucky if someone gives you a second look. A third? Psshhhhh. No way. Your message has to be their solution, your product needs to show it services their need.

The next time your getting ready to launch something, send an email, revamp your blog, sales page or letter, ask yourself a couple of things. If my audience only sees this once — does it say everything I want it to say? Does it look how I want it look? Does it convey that my product is the solution to the prospects problem?

Remember, you never get a second chance to make a first impression.

It is popular amongst successful entrepreneurs to talk about certain intangibles that make for good business. Intangibles such as leadership, innovation, persistence and follow- through. …

When you take a bite of an apple that’s not ripe, perhaps even bitter, the problem isn’t with the apple; the problem is we didn’t …

Are you ripe? Read More 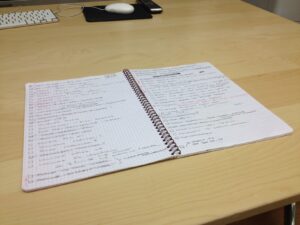 Sometimes I won’t feel inspired or clear as to what I want to get done in a day. If you operate from that space, you’ll …