There’s a new term circling the airwaves you might have heard of. A term unlimited by race, height, gender, language, nationality, sexuality or religion; it’s called Digital Natives. In short, it means: anybody that’s grown up with the Internet (which basically means not me!).

There is an awesome author named William Gibson (Nueromancer, Johnny Mnemonic) who’s called “the father of Cyberpunk.” Gibson, besides being an accomplished novelist, writes, lectures and speaks often about the Internet age. Especially the use of the web for educational purposes. Ironically, he’s adamant about not being a web user himself.

Gibson has a book called All Tomorrow’s Parties (1999) that has a great passage I think really  illuminates some interesting points about how the Internet has evolved:

“Bohemias. Alternative subcultures. They were a crucial aspect of industrial civilization in the previous two centuries. They were where the industrial civilization went to dream. A sort of unconscious R&D, exploring alternate societal strategies. Each one would have a dress code, characteristic forms of artistic expression, a substance or substances of choice, and a set of sexual values at odds with those of the culture at large. And they did, frequently, have locales with which they became associated. But they became extinct”
…
“We started picking them before they could ripen. A certain crucial growing period was lost, as marketing evolved and the mechanisms of re-commodification became quicker, more rapacious. Authentic subcultures required backwaters, and time, and there are no more backwaters.”

You can’t help but pick out some fascinating similarities between the evolution of “counter cultures” and the Internet’s rapid progression:

It incites some very interesting questions: has the Internet become too robust an economic channel too quickly? Has the “wild west” speculative atmosphere been beneficial, or a hindrance?

Is it too early to know?

Only time will tell (like most things right?). But like all “counter culture” movements, the speed and volume of transformation can spell benefit or disruption with equal vigor.

Yes, things often rise quickly and flame out just as fast. But more than just the ash of failed ideas is left behind. There are always new lessons, efficiencies, models, conversations and connections. Blueprints for a better idea, a better connection, a better future.

“The only way to predict the future, is to have power to shape the future.”
–Eric Hoffer

2 thoughts on “Internet. The Last Frontier?”

1.   KeywordSpyPro.com– This tool will kick out the top competitors winning on this keyword. This will often be decidedly different from SpyFu. Great analytics (budget, … 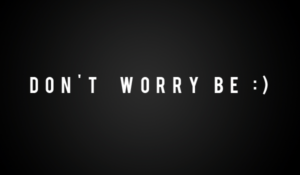 Want to Get More Done? Don't Worry- Be Happy

My purpose in life is to give you a pattern interrupt.  I am looking to be an inflection point in your life where you literally …

Musings on Ideas and Action